FastCAR is an R package to remove ambient RNA from cells in droplet based single cell RNA sequencing data.

FastCAR can be installed from git with the following command.

Running FastCAR is quite simple.
First load the library and dependencies.

Specify the locations of the expression matrices

Load both the cell matrix and the full matrix 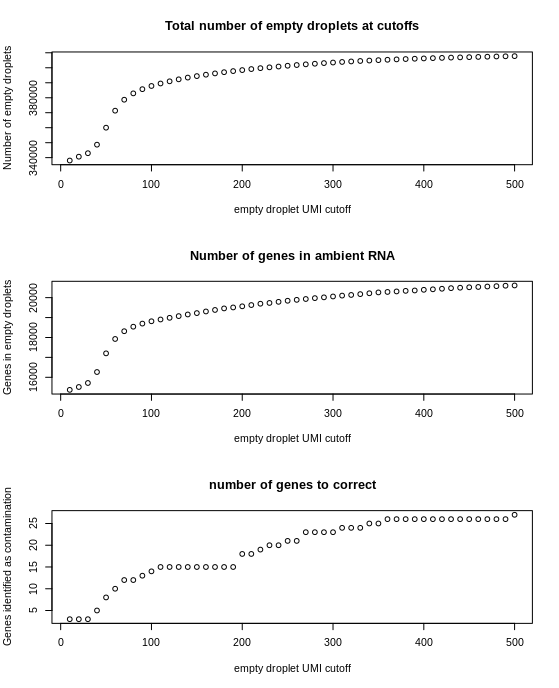 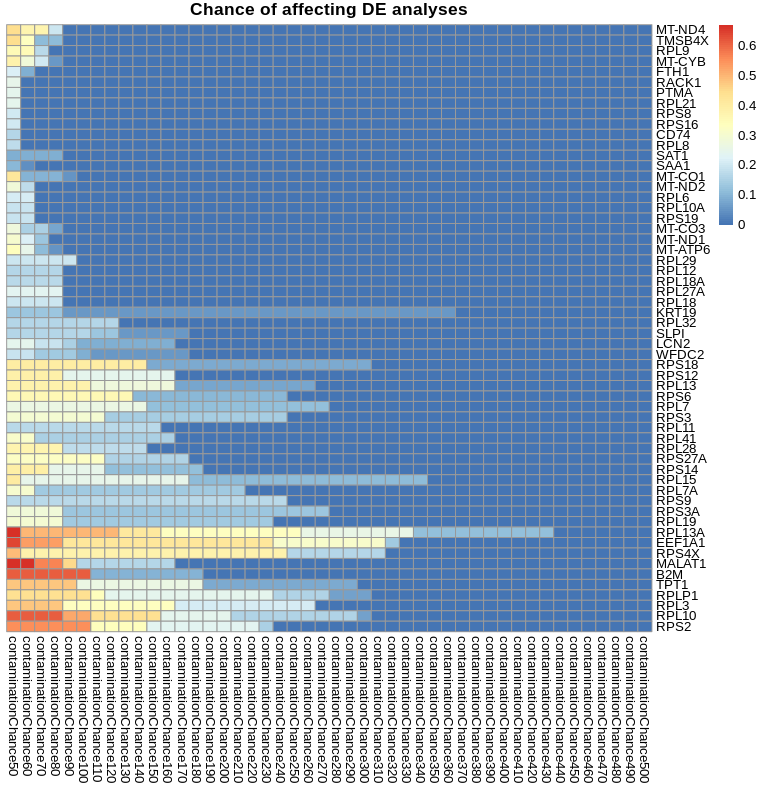 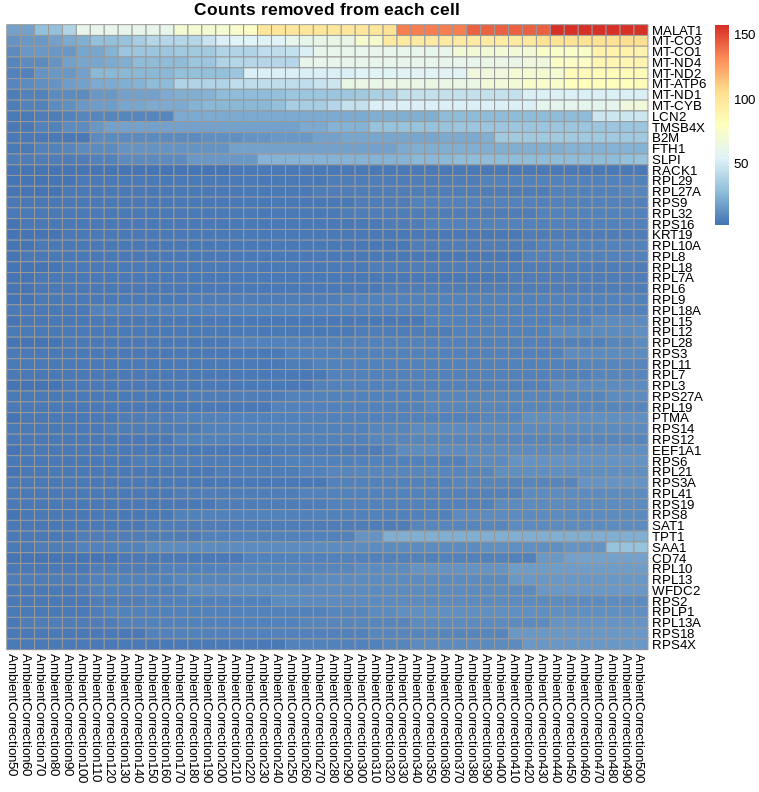 Set the empty droplet cutoff and the contamination chance cutoff

The empty droplet cutoff is the number of UMIs a droplet can contain at the most to be considered empty.
100 works fine but we tested this method in only one tissue. For other tissues these settings may need to be changed.
Increasing this number also increases the highest possible value of expression of a given gene.
As the correction will remove this value from every cell it is adviced not to set this too high and thereby overcorrect the expression in lowly expressing cells.

The contamination chance cutoff is the allowed probability of a gene contaminating a cell.
As we developed FastCAR specifically for differential expression analyses between groups we suggest setting this such that not enough cells could be contaminated to affect this.
In a cluster of a thousand cells divided into two groups there would be 2-3 cells per group with ambient RNA contamination of any given gene.
Such low cell numbers are disregarded for differential expression analyses.

There is an experimental function that gives a recommendation based on the ambient profiling results.
This selects the first instance of the maximum number of genes being corrected for.
I have no idea yet if this is actually a good idea.

This project is licensed under the GPL-3 License - see the LICENSE.md file for details

Fixed function to write the corrected matrix to file.
Added readout of which genes will be corrected for and how many reads will be removed per cell
Added some input checks to functions